Posted on September 4, 2016 by moroccaneagle

As a human rights activist, and since I moved to the United States, I always struggled with a very existential question: what is the secret behind the absence of big social movements in the U.S? And after the readings of some individualists, I think that the blur is starting to fade away.

The statement made by Emerson, “Are they my poor?” is very appealing to many people who want a way out of social responsibility. However, let us examine this statement. When a group of people takes another group of people’s land and systematically exterminates them, or when a group of people brings another group of people to a new land and climbs the ladder to become the strongest world economy on the backs of those they stole from; well, I think that group of people ought to give the poor of his society something and should ultimately consider them his poor. The poor that Sumner described as “a class which saves nothing and marries early.” Sumner lived in an era where The Headright System, The Homestead Act, and decades of the GI bill for veterans benefited the White community that his family belongs to. So, this continued idea of “self-reliance”, and “pull yourself from the boot-straps” mentality is not actually supported by historical facts, and millions of Americans who are ahead today can trace their wealth to the slave trade or the many actions that the federal government to promote immigration –of the right people- to the U.S. 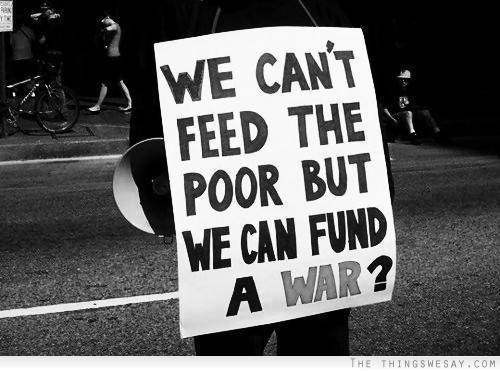 This attitude of detachment from social responsibility is what made the dominant community of Americans not support many social movements that flourished in different eras of American history. From the unions’ struggle for a better workplace building the ability to collectively bargain for better wages, to the civil rights movement and the vilification of its leaders at the time, the social reaction to the anti-war movement, and finally with the inability of the Trump supporters to understand the hardships of working class people, womxn, people of color, and oppressed communities in general.

I recall the mainstream media’s coverage of the occupy movement, which had as a vision to raise attention to the shift from democracy in the U.S. towards oligarchy according to a study undertaken by Princeton and Northwestern universities, but the public looked at them as “hippies”, “bums”, or other terms that are usually used to undermine the power of people organizing. The media also succeeded in painting a picture of social fairness and perfect equality of opportunities in the real world, and that a person is responsible for their own destiny. This is a primordial factor stopping people from looking at the roots of social injustice, economic inequality, and racialized justice.

The history of the United States is a history of struggle between different groups fighting for Weberian principles of social struggle: power, wealth, and prestige. The wealthy succeeded in disseminating ideas of extreme individualism and irresponsibility towards the least privileged. Ronald Wright, the famous progressive American thinker, said: “Socialism never took root in America because the poor see themselves not as an exploited proletariat but as temporarily embarrassed millionaires.” I believe that the day working and middle class Americans understand that their power is in their class consciousness and social cohesion, is the day the oligarchs will be forced to see the poor as their responsibility.

2 Responses to Individualism and Social Struggle