Posted on November 29, 2011 by justinwilliamsgsi
The following was a joint effort of David Kozlowski, Nicole Yadon, Kevin Schumaker, and Justin Williams.

“Are white people a faction?”  Jennet offered this provocative question in last week’s lecture.  Many people responded, describing how white people look out for white interests, or claiming that white people had no united interests. 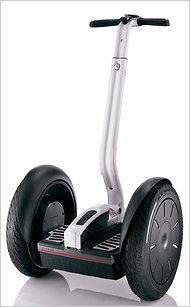 Curiously, all of these answers centered on the question of interest: do white people share an interest?  What these answers took for granted was that white people can count as a group.  So we got to wondering: why should that concept be so easy?  Why should we assume white people – or any group of people for that matter – are in fact a group?  How would we, as observers from the outside, know a group when we see it?

We think that there are basically two ways of categorizing groups, what we will call objectivist and subjectivist.  The objectivist account begins with preconceived ideas about what groups exist in the world.  On this account, we know that white people are a group because we already have criteria in mind about what counts as whiteness.  If you need to know what constitutes whiteness, you need look no further than the “white people” entry on Wikipedia: skin color, national heritage, cultural background and the like.  The objectivist account then fits people into the world into those preconceived categories.  So if you meet those categorical requirements – light skin, Western European heritage, and Glen Miller records – then you fit into the relevant category.

The subjectivist account starts from a different point: the relevant question is one of identity.  Here, we can identify groups based on the members’ identification with that group.   Imagine that we ask people to describe themselves.  If a person lists “white” among their description, then, and only then, do they belong to that group.  Thus, essentially, you’re only white if you say you are.

We think that both approaches offer benefits and drawbacks.  The objectivist approach is analytically useful in a certain way: it allows us to see certain things about the world that we might not otherwise.  The fact is that we’re busy living our lives, and we sometimes fail to see the important ways in which certain categories – light skin, for example – are linked to certain other characteristics in the world – the likelihood of getting a sunburn, for instance.  An objectivist approach might let us see the ways in which those two things are systematically linked.

The subjectivist approach adds a more personal touch to the objectivist account, which might otherwise railroad important differences within supposed groups.  For instance: Michael Jackson, black or white?  The objectivist account gives us precious few resources to answer this question.  And while we don’t think it’s inherently important to be able to answer that question about MJ, we do want to argue that it suggests a limit to the objectivist approach.  We would do much better, in this instance, to consult with MJ about how he identified himself.

White people: faction or not?  Much depends, we think, on how you identify groups.  So what do you think?